We are delighted to share this guest post by Trevor Waldock. Trevor is one of the best-known, and best-respected, executive coaches in Europe and has worked at the most senior level in organisations across all sectors. The author of Doing the Right Thing – Getting Fit for Moral Leadership, he is also the founder of Emerging Leaders, a charity, which aims to bring the best of leadership development to the poorest of communities in sub-Saharan Africa.

I have struggled for years with being a writer. Am I a writer? How do I know? How do I judge the answer to that question? I write. Yes. But do I write well and how do I make an honest assessment of myself? I recently published my sixth book on Amazon Kindle Doing The Right Thing, so you could say that makes me a writer. But do the four books published on Amazon Kindle carry the same weight as my books that were published by ‘real’ publishers on real paper? Is Amazon Kindle cheating? I’m sure that every writer has to wrestle with their own demons and these are just a few of mine. One of the great tensions that I have battled to resolve over the past years is the need, the desire, the urge to write, on one side and the fact that I run an international charity on the other side. In my book Jericho & Other Short Stories, I wrote a story called Poets & Engineers.  It captured something of this tension. My job often demands me to be an engineer – issues of structure, details, processes, boundaries and delivery – yet by heart, I am a poet. 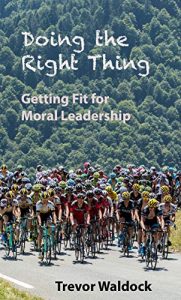 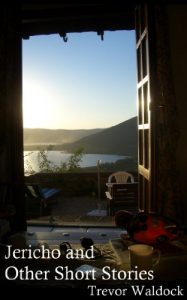 How to resolve such a tension? One way was to write about my work in developing leaders in both the first and third worlds, in The 18 Challenges of Leadership and To Plant A Walnut Tree. While I was writing about aspects of leadership – like my latest book Doing The Right Thing – then I could tell myself that my writing was part of my job. That way I could justify carrying on leading and carrying on writing. But that doesn’t explain my book about travelling around Rwanda with my son 11 years after the Genocide, or my short stories books, or the short book Am I Really Tired? which could be seen as work or maybe not. 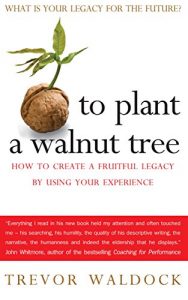 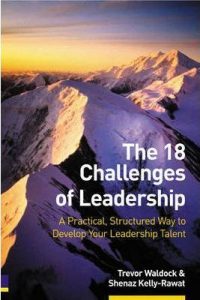 The tension came to a head for me in a dream that I had a few years ago. I was trying to get back home and came to the High Street but a police line cordoned it off. As I tried to find out why I could not go down the normal route home, I discovered that someone had died there. A murder or death of some kind. So I had to find a different way home. The scene then cuts to me talking with my dad who was asking me about my writing and I was telling him how much I wanted to write. He was so overwhelmingly supportive and said he would do anything he could to support me financially and that I should just get on and write. (In real life my dad showed zero interest in my writing. I’m not sure I even told him of my aspirations). The dream was one of those shocking dreams that you know you have to listen to. The meaning of the dream, for me, is summed up by a scrap of paper that I wrote soon afterwards, which still sits on my desk. It simply says,

So I made some tough changes in my daily routines. Firstly I decided that whatever the risks to my leadership role I had to write and so I set aside each morning to write and read things that would fertilise my writing. The next thing I did was talk through my ‘real’ job with a coach. What he helped me see was that I had segregated the idea of leader from that of creativity. It had become an either-or, in my mind. He came up with this idea that my strength was as a creative leader. Creativity can show itself in coming up with ideas, shaping strategy, forming new ideas and… writing about them. Reforming my identity in this way led me back to the definition of leadership that I love most and use across the world.

“Leadership is the ability to create a story that affects the thoughts, feelings and actions of others ” (‘Leading mind’ – Howard Gardner, 2011)

Leaders are authors. They create stories and they can do that with thoughts, with actions, with inventions, with innovations, with imagination and vision and with words.

So, armed with these liberating insights I am trying to be kinder to myself. To embrace the totality of who I am as a writer, rather than segment myself in someway. Writing has become like a thermometer or warning light. When I’m not writing and caught up in the operational realities of leading an organisation (the engineer) then I know that I am out of balance and very soon I will feel the ‘soul death’, as I call it, creeping upon me. So when I see that happening I stop and I write (the poet). This is no theory for me. I write this on the first afternoon of three days vacation that I’ve taken. Taking the vacation was a last minute decision, made only the night before, because I knew I was out of balance. So I stopped and I’m writing and I feel some new blood flowing through my veins today. I write because it’s who I am.