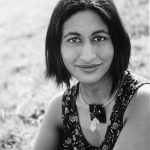 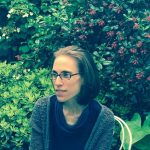 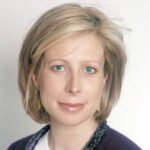 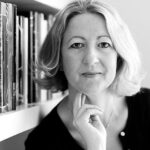 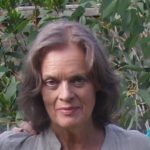 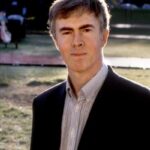 Is literary fiction the antidote we need in the modern world? Redundant or more vital than ever?

We’d love to see you at this panel event, where Writing Coach founder, novelist Jacqui Lofthouse will be interviewing a number of prominent literary authors about the role of literary fiction in the contemporary publishing world.

Our panel features Charles Palliser  whose novel The Quincunx sold over a million copies worldwide, Clare Morgan, author of A Book for All and None, who is director of the MSt Creative Writing at Oxford University, Alice Jolly whose memoir Dead Babies and Seaside Towns won the PEN Ackerley Prize for memoir in 2016, Roopa Farooki, listed three times for the Orange/Baileys prize, her latest novel is The Good Children and Miranda Gold, debut literary author of Starlings – whose essay Reading as Alchemy – first published on this site – gives the event its name.

Alice Jolly and Roopa Farooki both also teach on the MSt Creative Writing at Oxford University and we’re delighted to have this link with the MSt.

Join Writing Coach Founder Jacqui Lofthouse this evening, chairing a discussion with novelists Roopa Farooki, Miranda Gold, Alice Jolly, Clare Morgan and Charles Palliser  – to explore ideas about literary fiction. How important is literary fiction today? What is its role? Is it valued? What does the term mean to each individual writer? 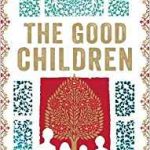 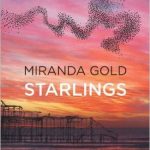 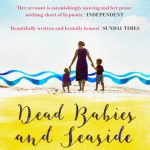 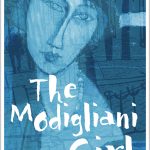 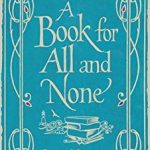 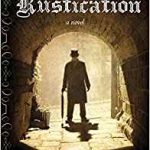 Literary fiction, at its best, taps in to poetry’s magic to release significance that goes beyond dictionary definitions. As Virginia Woolf said, “Words don’t live in dictionaries, they live in the mind.” They live in the body too and literary fiction can unlock some of their visceral qualities through rhythm and internal resonances. 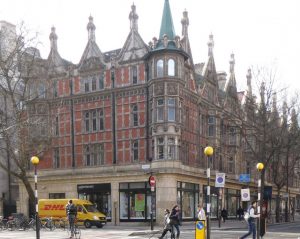 On 12th July, our venue is one of London’s most iconic and best-known bookshops, known for its immense academic range alongside a wealth of new and used books on every imaginable subject.

Waterstones Gower Street is Europe’s largest academic/specialist range bookshop. Located in the heart of Bloomsbury, the Grade II listed building was designed by Charles Fitzroy Doll in 1908. The first bookshop on the site was the original Dillon’s, opened by Una Dillon herself in a small area of the ground floor in 1956.

Jacqui Lofthouse, chairing the discussion, is Founder of The Writing Coach. In 1992 she studied for her MA in Creative Writing at the University of East Anglia under Malcolm Bradbury and Rose Tremain. She is the author of four novels, The Temple of Hymen, Hamish Hamilton/Penguin 1995/1996, Bluethroat Morning, Bloomsbury 2000, Een Stille Verdwijning, De Bezige Bij 2005 and The Modigliani Girl

. Her novels have sold over 100,000 copies in the UK, the USA and Europe. She has taught creative writing in a broad variety of settings including at City University, the Cheltenham Festival, for Artemisia holidays in Tuscany, at Richmond Adult and Community College, and at Feltham Young Offenders Institution. She is also the Founder of the small publishing imprint Nightingale Editions.

Roopa Farooki has published six novels with Headline and Macmillan, which have been listed for the Orange/Baileys Prize three times and translated into 13 languages. Her last novel, The Good Children, was named “outstanding novel of the year” by the Daily Mail. She teaches on the Masters in Creative Writing at Oxford University and lives with her husband and four young children. She was awarded the John C Laurence from the Authors’ Foundation for writing which improves understanding between races. She is currently studying Medicine at St George’s University of London.

Clare Morgan is an author, academic and literary critic, and founder and director of Oxford University’s M.St. in Creative Writing. Her most recent novel A Book for All and None (Weidenfeld and Nicholson), was shortlisted for the Author’s Club Best Novel award, and was described as ‘a spell-binding, effortlessly propulsive unity’ by the Independent; ‘written with eloquence and artistry’ by the Mail on Sunday; and ‘too tantalizing to resist’ by Time Out. She has published a collection of stories, An Affair of the Heart, and her short fiction been widely anthologized, and commissioned and broadcast by BBC Radio 4. Clare gained her M.Phil. and D.Phil. from Lady Margaret Hall, Oxford, and an M.A. in Creative Writing from University of East Anglia, where she worked with Malcolm Bradbury and Rose Tremain. She is former Chair of the Literature Bursaries Panel of the Arts Council of Wales, and Literary Mentor for Southern Arts and Literature Wales.   She has been engaged as a literary assessor for publications funded by the Welsh Books Council and is now an Academician for the Folio Academy.

Alice Jolly is a novelist and playwright. She has published two novels with Simon and Schuster and has been commissioned four times by the Everyman Theatre in Cheltenham. She has also written for Paines Plough and her work has been performed at The Tristan Bates Theatre in Covent Garden and The Space, East London. Her memoir Dead Babies and Seaside Towns was published by Unbound in July 2015 and won the Pen/Ackerley Prize. In 2014 one of her short stories won The Royal Society of Literature’s V.S. Pritchett Memorial Prize. She teaches creative writing on the Mst at Oxford University.

Miranda Gold is a writer currently based in London. Before turning her focus to fiction, Miranda took the Soho Theatre Course for young writers, where her play, Lucky Deck, was selected for development and performance. Her first novel Starlings was published by Karnac this year. She is now working on her second novel, A Small Dark Quiet.

Charles Palliser‘s work has been hailed as “so compulsively absorbing that reality disappears” (New York Times). Since his extraordinary debut, The Quincunx, his works have sold over one million copies worldwide. With his new novel, Rustication, he returns to the town of Thurchester, which he evoked so hauntingly in The Unburied.