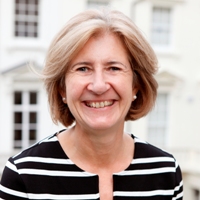 Author of The Conviction of Cora Burns

Without Jacqui, I would not now be a published author. She was there at several key points in my writing career with the advice and encouragement that allowed me to make the move to the next stage.

When I began feeling my way towards writing fiction, Jacqui’s gentle guidance steered me onto the right path. I can see now how much time her assistance saved me; working out the rules of story telling would have taken so much longer on my own.

Later on, when Jacqui had become a trusted friend, she provided invaluable help when I was struggling to find an agent. Despite consistently doing well in competitions, my novel (then called Half of You) seemed unable to entice any agents to bite. I was at a crossroads. After nearly ten years of writing, I felt that I had progressed as far as I could without being published. If this novel could not secure representation, I wasn’t sure that I had the heart to start another.

At this point Jacqui suggested several new agents for me to try. One of them, Andrew Lownie, was entirely new to me. It seemed miraculous when his agency made me an offer of representation almost as soon as I had sent him my book. Rights were then sold both in the UK and US and the novel, now titled The Conviction of Cora Burns will be simultaneously published in March 2019, with an audio book forthcoming later in the year.

My diary is now filling up with debut author speaking events, and my novel has been submitted for a range of prestigious prizes including the Desmond Elliott Prize and the Women’s Prize for Fiction. The coming year looks exactly like the future I could only dream of during those years as an unpublished writer. There are so many people who have helped me on this journey in many different ways, but Jacqui Lofthouse is at the head of my list.

The Conviction of Cora Burns 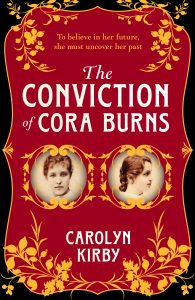 Carolyn Kirby’s debut novel takes the reader on a heart-breaking journey through Victorian Birmingham and questions where we first learn violence: from our scars or from our hearts.

Birmingham, 1885. Born in a gaol and raised in a workhouse, Cora Burns has always struggled to control the violence inside her.

Haunted by memories of a terrible crime, she seeks a new life working as a servant in the house of scientist Thomas Jerwood. Here, Cora befriends a young girl, Violet, who seems to be the subject of a living experiment. But is Jerwood also secretly studying Cora…?

‘The Conviction of Cora Burns is tense and pacey with the rare combination of driving plot as well as deep emotion. The twists and reveals are deftly handled and at one point Carolyn damn near broke my heart. The theme of nature versus nurture is often explored but is done so here with fresh energy and zeal’  – Darcy Nicholson, Daniel Goldsmith First Novel Prize judge

Find out more about Carolyn Kirby

Originally from Sunderland, Carolyn Kirby studied history at St Hilda’s College, Oxford before working in social housing and then as a teacher of English as a foreign language. She began writing fiction in 2008 with an idea about a female pilot during the Second World War.

Her next novel, now titled The Conviction of Cora Burns was begun in 2013 was shortlisted for the Bridport Prize, a finalist in the 2017 Mslexia Novel Competition and winner of the inaugural Bluepencilagency Award. It will be published in March 2019 by No Exit Press in the UK and by Dzanc Books in the USA.

Carolyn has two grown-up daughters and lives with her husband in rural Oxfordshire. Her next novel about pilots of both sexes in the Second World War will be published in 2020.

For more details of novels, events and background information go to; carolynkirby.com