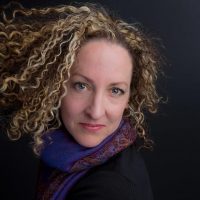 Winner of the 2015 Carte Blanche/CNFC competiton for Creative Nonfiction

I started working with Jacqui Lofthouse at the beginning of 2011. We were in the middle of extensive renovations and Brisbane flooded just as my four-year old was trying to toilet train her toddler sister. I had stuffed a rough draft of a novel that didn’t really work under a bed along with my journalistic career. I wanted to write something that mattered to me but I had no idea how to go about it and years of journalism seemed to have killed my creativity. I also didn’t believe I could do it, nor did I have any idea about how to do what I didn’t know I wanted to do.

Call it a crisis of confidence. Writing every day, keeping a journal, was something I’d always wanted to do, but never had. Not through my wild 20s in Paris, or traveling alone in third-world countries. My words and thoughts and experiences all seemed so trite and, well, boring.

Jacqui, in her calm and supportive way, changed this. She probably doesn’t even know the effect she’s had on me. Working online with Jacqui, while she sat in her studio in London and I in my study in Brisbane, I developed a regular writing practice. I got up at 5am every day during the week when the house was quiet and I wrote. About anything. I pulled together two rough drafts of novels because of her weekly accountability system, which I still maintain today. I realized, under Jacqui’s gentle guidance, that writing in a notebook and finishing a novel were the first and last steps in a many layered process. Perhaps I should have known this since I’ve already written hundreds of articles but writing about something that matters to me was different. Jacqui taught me to keep putting aside the inner critic, to try to accomplish one thing every day no matter how small to advance my writing, to believe that it would become something bigger.

Working with Jacqui laid the foundation for a professional career in writing that mattered to me. She gave me the confidence to keep going, to take writing risks, to put my honest voice on the page. She still does.

How can someone else possibly impart a belief in oneself as a writer? I have no idea. You’ll have to ask Jacqui.

Find out more about Kirsten Fogg

You can find out more about Kirsten on her website: Writer Out of Residence.

Kirsten Fogg is an award-winning Canadian essayist, writer and journalist.

Her essay Nana Technology won Canada’s 2015 carte blanche/CNFC competition for creative nonfiction and was turned into a short radio drama by ABC radio (Australia).   ”After the Flood on Harte Street” was a finalist in an international competition and published in Creative Nonfiction (Fall 2012). Kirsten has also been published in The Malahat Review, one of Canada’s main literary journals.

Kirsten was a freelance foreign correspondent for The Chicago Tribune and has written about Australia for The Washington Times, The Globe and Mail and The National Post. She was a financial reporter for Bloomberg News in Toronto, Canada and London, UK. She has over two decades of journalistic experience as an editor, translator (French-English) and writer. Her articles have been published in major international newspapers. Kirsten has lived in Paris, Bordeaux, Toronto, London UK and Sydney. She lives in Brisbane, Australia.