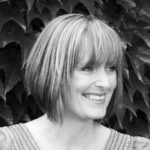 A former journalist and copywriter, Juliet has also worked as an editor and proofreader for a children’s book publisher, working on picture books, early readers and middle grade fiction. Juliet holds an MA in Creative Writing from the University of Chichester, where she won the 2010 Kate Betts’ Memorial Prize for the best work in MA Creative Writing.

Juliet’s critically acclaimed debut novel Before the Fall (Pan Macmillan, 2014) is set in London during the First World War, while The Faithful (Pan Macmillan, 2017) was picked as a recommended read by Good Housekeeping and Red magazines. Juliet’s contemporary-set short stories have been published in various magazines and anthologies including The French Literary Review, The Sunday Times and Murmurations (Two Ravens Press).

Juliet has run numerous creative writing workshops and enjoys helping writers to sharpen their literary skills, both at the ‘micro’ level and in broader terms of plot, story structure and character development. As a one-to-one mentor, she works with writers at all stages and across various genres including historical fiction, literary fiction, memoir, children’s/middle grade fiction and Young Adult fiction.

I was a ‘mentee’ myself while writing my debut novel, and so I know how valuable it can be to collaborate with a professional who will read your work with a critical but friendly eye. Whatever stage you’re at in your writing, I will always seek to be constructive, offering positive and honest feedback alongside practical advice on the writing process. 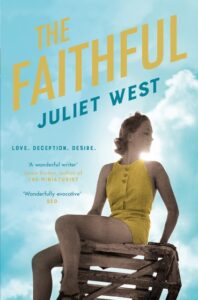 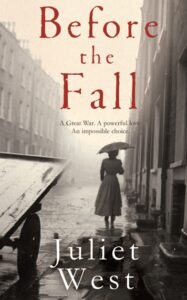 ‘Before the Fall’ – Affiliate link

Juliet gave me just the sort of feedback friends and family couldn’t. She was positive in her criticism and gave me exactly what I hoped for. She was encouraging about the good bits and advised on my weaknesses. There were no surprises in what she said but no one had been able to offer the quality of feedback that she did.  The writing coach was a birthday present and it was brilliant!

Find out more about Juliet West