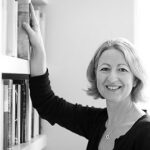 Jacqui Lofthouse began her career in radio production and media training. In 1992 she studied for her MA in Creative Writing at the University of East Anglia under Malcolm Bradbury and Rose Tremain. She is the author of four novels, The Temple of Hymen, Hamish Hamilton/Penguin 1995/1996, Bluethroat Morning, Bloomsbury 2000, Een Stille Verdwijning, De Bezige Bij 2005 and The Modigliani Girl

, published by Blackbird . Her novels have sold over 100,000 copies in the UK, the USA and Europe.

Jacqui’s first degree was in Drama and English from the University of Bristol and she has a PGCE in English with Drama from the Institute of Education, University of London. She is also a qualified life coach (CoachU, USA). She has taught creative writing in a broad variety of settings including at City University, at Richmond Adult and Community College, and at Feltham Young Offenders Institution. In addition, she has taught English and Drama in London secondary schools and is a member of NAWE (National Association of Writers in Education). Jacqui’s journalism has been published in The Literary Review, The Good Book Guide and The New Writer magazine. She has been profiled in The Independent and her novels have been widely reviewed. She is also an actor.

Jacqui founded The Writing Coach in 2005. Her mission was to help writers to be confident and productive, producing their best work and getting it into print. She is currently working on her own fifth novel. 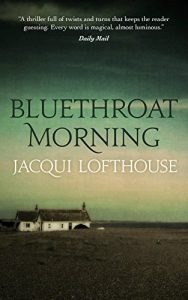 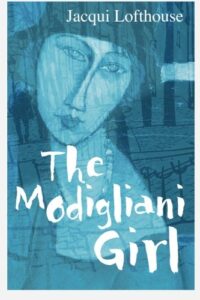 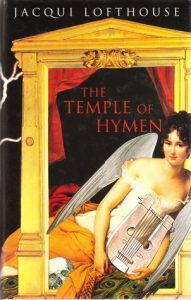 ‘The Temple of Hymen’ – Affiliate link 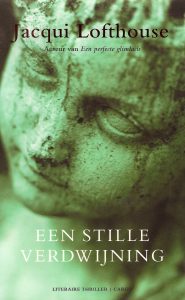 Jacqui is the first person I show all my novels to and my most important critic. As well as being a terrific novelist in her own right, she has an acute eye for what is not quite working in any piece of work and is exceptionally good at pointing it out in a way that is firm but constructive and helpful. I can recommend her highly to anyone who needs help.

At the beginning of 2009 I had a dozen short stories, two novels in rough draft, and an unfinished screenplay. I was writing in my spare time – I was a full time website designer and have three children. I had no idea what writing project to concentrate on, and had completely stalled. A friend recommended Jacqui and, over six months, she gave me the confidence to take the big step of committing a whole year to one project. She also provided excellent literary feedback, helping me turn my first chapters into little diamonds.

Now, my first novel Cuckoo – the one Jacqui helped me with – has been published by Headline. I am about to hand my editor my second. I have one of the best agents in the country, have sold Italian, French, German and Dutch rights and I write full time. I can say unequivocally that if I hadn’t contacted Jacqui I would still be battling with html. These days the only website I look after is my own!

– Julia Crouch – Author of five novels including Her Husband’s Lover, Cuckoo and Tarnished.

Jacqui is a wonderful writing coach, I wouldn’t hesitate to recommend her to others, and have in fact done just that! She is warm, understanding, kind and insightful. Passionate about stories, deeply knowledgeable about the art of writing and, most of all, a thoroughly brilliant person.

– Dan Sherrard-Smith – Author and Founder of Hope for Planet Earth

Without Jacqui, I would not now be a published author. She was there at several key points in my writing career with the advice and encouragement that allowed me to make the move to the next stage.

When I began feeling my way towards writing fiction, Jacqui’s gentle guidance steered me onto the right path. I can see now how much time her assistance saved me; working out the rules of story telling would have taken so much longer on my own.

Later on, when Jacqui had become a trusted friend, she provided invaluable help when I was struggling to find an agent. Despite consistently doing well in competitions, my novel (then called Half of You) seemed unable to entice any agents to bite. I was at a crossroads. After nearly ten years of writing, I felt that I had progressed as far as I could without being published. If this novel could not secure representation, I wasn’t sure that I had the heart to start another.

At this point Jacqui suggested several new agents for me to try. One of them, Andrew Lownie, was entirely new to me. It seemed miraculous when his agency made me an offer of representation almost as soon as I had sent him my book. Rights were then sold both in the UK and US and the novel, now titled The Conviction of Cora Burns will be simultaneously published in March 2019, with an audio book forthcoming later in the year.

My diary is now filling up with debut author speaking events, and my novel has been submitted for a range of prestigious prizes including the Desmond Elliott Prize and the Women’s Prize for Fiction. The coming year looks exactly like the future I could only dream of during those years as an unpublished writer. There are so many people who have helped me on this journey in many different ways, but Jacqui Lofthouse is at the head of my list.

– Carolyn Kirby – Author of The Conviction of Cora Burns

To buy Bluethroat Morning from Amazon click here, The Modigliani Girl here and The Temple of Hymen here (affiliate links)