When I first met novelist and playwright Alice Jolly, she was between projects, uncertain about her future direction as a writer. We worked together only briefly, but I have been so delighted to witness her recent success, winning the V.S. Pritchett Memorial Prize – and also to see that she is so close to having her memoir ‘Dead Babies and Seaside Towns’ published by Unbound. This is her story, of how the book came to be written and her experience of working with Unbound, a ‘crowd-funded’ publisher; I do hope that you will find her responses to my interview with her as fascinating as I do. 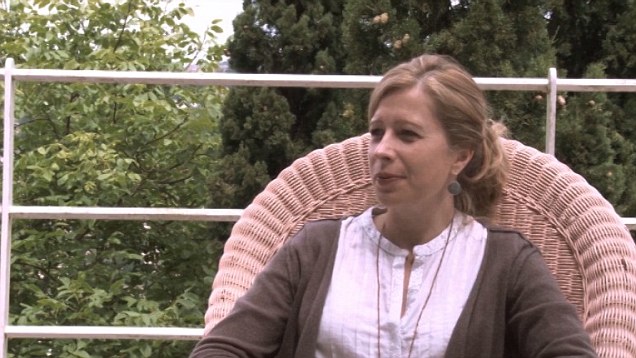 1. Alice, your memoir ‘Dead Babies and Seaside Towns’ will be published by ‘Unbound’ books. For those unfamiliar with Unbound, can you explain how this works?

If you are a writer and you want to be published by Unbound you first need to send them your book and see if they want to work with you. It is not necessarily easier to have your book accepted by Unbound than it is to get your book accepted by a mainstream publisher. If you are accepted, then Unbound make a film about you and post the film, and other information about your book, on the Unbound website. You then start trying to raise subscriptions / pledges. This means that effectively you have to persuade people to buy a copy of your book before it exists. The money raised from the subscription period is then used to finance the production of the book which comes out both in hard copy and as an e-book. As the author you receive 50% of the profits, as opposed to the 10% you would receive through a traditional publishing deal.

2. When we worked together, you were at a crossroads in your writing career. What has happened in the intervening years?

Mainly I’ve just kept writing. Some things I have tried to do have worked out and others haven’t. The writing life is hard because it is, beyond all else, unpredictable. Sometimes you submit some work and you think, ‘I’m bound to succeed with that.’ But you don’t. Then something you never thought would happen does. I think, in a way, the most important thing is to find a certain steadiness in your mind. If you get too caught up in the external fluctuations, you can’t write. I do get too emotional about failures and I wish I didn’t.

3. What made you choose to take this publication route?

I knew that the memoir would be difficult to publish. The subject matter (part of the book is about a stillbirth) is not commercial. As soon as I spoke to Unbound I liked their approach. Everything about them felt dynamic and positive. I have such admiration for what they are doing. For years we’ve needed someone to find a new way of publishing books. I don’t know how well Unbound’s approach is going to work but I find it exciting to be part of something new and positive.

4. Tell me a little about your memoir and why you wrote it?

Originally I never really had any interest in writing about my own life. But then I lived through such a series of sad and bizarre experiences (a stillbirth, miscarriages, surrogacy) that I decided I had to put the story down on paper. Those experiences had come to feel like a road block. I could only clear the way ahead by writing. Also I wanted to tell my family’s surrogacy story because, in general, surrogacy is very poorly understood. I don’t expect people to support surrogacy but I would at least like them to have proper information.

5. What were the challenges of writing memoir rather than fiction?

Actually, I found writing the memoir relatively easy. It was hard to go back into painful periods of my life but the actual writing wasn’t difficult. The book had been in my head for some years. Fiction is so difficult because you’ve got to make it up. With the memoir I just asked myself, ‘What happened next?’ However, I do think that, without even thinking about it, I did use many novelistic techniques in writing the memoir. I probably couldn’t have written the memoir if I hadn’t written the novels first. 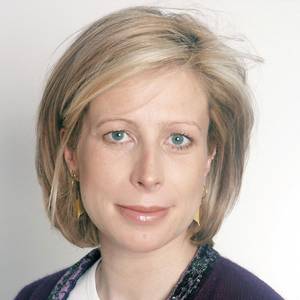 6. You have a beautiful, precise and poetic prose style. Reading the opening to your memoir, one might have thought it would be easy to find a mainstream publisher, especially given your publication history. What have you learned about traditional publishing during this part of your journey?

I think traditional publishing can work well for books which fit a clear genre or format and for books which will obviously be commercially successful. If you look at what is being published in the mainstream, it is the same kind of book again and again. I teach as well as write and I’m often really destroyed by seeing my students’ work being rejected again and again. It’s not bad work. It’s very good but it’s experimental, challenging. It needs a publisher with courage to take it on – and sadly they are in short supply. Often an editor in a publishing house really wants to take a risk. But editors don’t make decisions. The sales and marketing people do – and they are naturally conservative.

7. What have you learned through working with Unbound?

Unbound has been an amazing experience. I’m naturally rather reserved and I don’t like anything to do with publicity and marketing. However, in order to raise the subscriptions for the book I just had to get rid of all my inhibitions and take any promotional opportunities that arose. I thought I would hate using Facebook and Twitter but actually it has put me back in touch with old friends and also bought new friendships. I wish we lived in a world where writers could just spend all day writing – but sadly we don’t.

8. Articles about you have recently appeared in major National newspapers and you also won the V.S. Pritchett Memorial prize. How are you feeling about your commercial and literary success?

I think that people who are not writers themselves misunderstand the writing life. The idea is that you get your first book published and then its all onwards and upwards all the way from there. The reality is very different. I’m often shocked by well-known writer friends who have had a lot of success but then find themselves dropped by a publisher or an agent or unable to publish a book. I was absolutely thrilled to win the V.S.Pritchett Prize. I think that could change many things for me. It certainly gave a huge boost to my confidence. But the reality is that I still have a novel sitting in a drawer which took eight years to write and which I can’t publish. That’s hard but not uncommon at the moment. As I said, it’s just so many ups and downs. All you can do is keep going. Right now I feel confident about the memoir but nothing can be certain.

9. Your story is an incredibly inspiring one. What do you hope to achieve with your book?

Mainly I want to raise money for Sands who are the Stillbirth and Neo-Natal Death Charity. It is so important that they continue to raise awareness about stillbirths. This country has a really poor record for maternity care overall and I just find that unacceptable. I’m also interested in opening up the debate about surrogacy. I don’t want to say whether surrogacy is right or wrong but just to provoke honest discussion. Also, I suppose, for myself I hope that if the memoir succeeds then it will make it easier for me to publish another book.

10. What advice would you give to other authors considering publishing with Unbound or other similar publisher?

I suppose my main advice would be, ‘Go for it.’ I think as writers we’ve got to be prepared to try new approaches. However, I do think you need to ask yourself whether you can raise the subscriptions. It isn’t easy to do that. But that’s the only real problem with crowd funding. I’m still uncertain how the Unbound experience is going to work out for me. But I think it is very possible that it will prove better than the mainstream approach could ever have been.

If you’d like to read more about Alice Jolly’s memoir, you can read this article in The Independent.

Alice’s novel is now 90% funded! Do consider helping her to gather the last 10% of funding by pledging to buy a copy here. All supporters get a copy of the book (digital or ebook, depending on your donation) and their name in the back of the book.