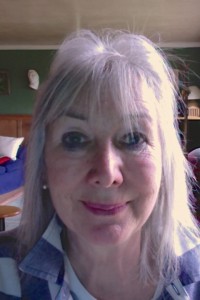 It is always such a thrill when clients of The Writing Coach have success in their writing lives, so it is with great pleasure that I announce Nan Bovington‘s achievement. She has recently been longlisted for the prestigious Lucy Cavendish Fiction Prize. This is the first time that a longlist has been announced for the prize. This year there were 484 entries to the prize, and the shortlist will be announced tomorrow (21st April).

Nan’s novel is entitled ‘Last Best West’. Set in Canada in 1906, it is the story of a highly educated young woman who goes to the far North to become a gold prospector. I am at present re-reading the manuscript and I am hugely impressed at Nan’s storytelling and poetic prose.

Founded in 2010, by Professor Janet Todd OBE (who coincidentally taught me eighteenth century literature at UEA), the Lucy Cavendish Fiction Prize has gone from strength to strength with many shortlisted and winning authors securing publishing deals and furthering their writing. Last year’s winner was Emily Midorikawa who runs SomethingRhymed.com with Emma Claire Sweeney. Their website profiles the literary friendships of  female authors. (You can find their post about Louise Doughty and I here). Emily and Emma Claire’s book A Secret Sisterhood will be published by Aurum Press in the UK and Houghton Mifflin Harcourt in the USA, both in late 2017.

The annual Lucy Cavendish Fiction Prize provides a unique opportunity for unpublished female authors, aged 21 and over, to launch their literary careers. Judges are seeking writers who combine literary merit with ‘unputdownability’ and the Prize has developed a formidable reputation for attracting first-class writing talent.

I am sure that you will join me in wishing Nan huge luck tomorrow. I am certain that she deserves success with this unique and lyrical work.