I would like to take a moment to share a few recent success stories from my former clients. This list is by no means exhaustive and if I haven’t included your publication, do give me a nudge and I’ll include you in the next update.  Here’s to all those I have worked with and all of your successes.  These are just a few of them. 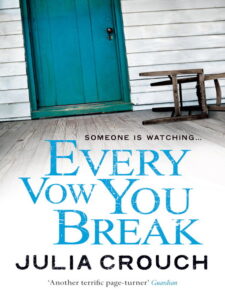 I’m really looking forward to reading Julia Crouch’s latest novel ‘Every Vow You Break’.  I’ve been thrilled to witness Julia’s success and this novel looks every bit as gripping as her first, ‘Cuckoo’.

‘Every Vow You Break’ concerns the Wayland family who leave England to spend a long, hot summer in Trout Island, Upstate New York. Lara, still reeling from an abortion that Marcus insisted on, hopes the summer away from home will give her time to learn to love her husband again.

A chance meeting at a party reacquaints the family with Marcus’s old actor friend, Stephen, with whom Lara once had an affair. Lara feels herself drawn towards Stephen and they pick up their secret relationship where they left off. Lara knows she’s playing a dangerous game; what she doesn’t know is that it’s also a deadly one.

You can read about the work Julia and I did together here and in a more extensive interview with Julia on The Literary Project.

And a third novel is due to be published later this year.  Is there no stopping the amazing Ms Crouch? 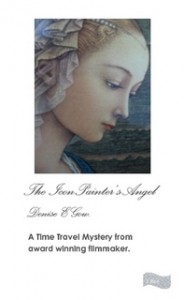 Denise Gow, a former film-maker and member of ‘The Completion Club’ here at The Writing Coach, published her novel ‘The Icon Painter’s Angel’ both on Kindle and in paperback.  This dual-narrative novel, set in the Renaissance and contemporary Florence explores the life of the iconic Lucrezia Buti, lover of Filippo Lippi:

“In the twenty-first century, a group of icon painters relax on a retreat in the hills above Florence where one of them paints the famous face of Lucrezia Buti. Excavations at the Palazzo disturb a buried black icon imbued with evil powers and the group become disturbed, fixating their sexual longings toward their teacher, Mark. Not until he has a near-death experience and meets the benign influence of Lucrezia Buti is he able to return to his body and restore harmony to his group.”

It is fascinating territory and bound to keep you gripped…

Another member of ‘The Completion Club’, Kirsten Fogg had her essay ‘After the Flood on Harte Street’ – published recently.  This essay – about her experience of the Brisbane floods of 2011 – appeared in the magazine ‘Creative Non-Fiction’, one of seven to be chosen from 350 entries.  It’s a deeply moving essay about the transforming power of friendship and the impact of the floods – and well worth getting the magazine to read it. Congratulations Kirsten! 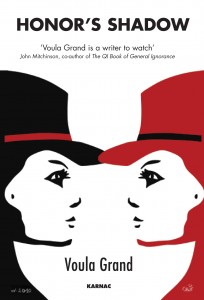 Novelist and Psychologist Voula Grand had the paperback edition of her novel ‘Honor’s Shadow’ published by Karnac recently and was also one of six contributing writers for ‘The Psychology Book’ which won the British Psychological Book Award this year.  Voula writes,

“My special interest is in the human dilemmas we face as adults: our struggles and quests to know and do what is right, and how hard that can be; and how we can make ourselves suffer so much in the attempt. This is what I aim to explore in my fictional writing. Stories raise questions, unbidden, to our conscious minds, leading us to places in ourselves that are long forgotten, buried beneath the decades of worldly life, and social conditioning: especially true during the adult years of mid-life, during a natural “taking stock” as we review our past, consider our future, and identify the highs and lows of pride and regret.”

I highly recommend Voula’s work – her psychological insight lends her novels a unique flavour and a real intensity; this is a novel that will remain with you. 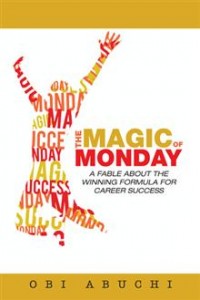 Obi Abuchi published ‘The Magic of Monday’ a fable that teaches lessons on developing a winning attitude in and out of the workplace. The career advice given is this book is based on real advice and insights gleaned from interviews of more than seventy-five business leaders, entrepreneurs, senior executives, and managers.  It’s designed to ensure that you never look at Monday mornings in the same way again!

Obi also published an article in the Telegraph, based on the advice given in the book. 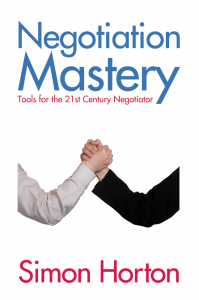 Simon Horton had his book ‘Negotiation Mastery’ published by MX Publishing. Simon has taught negotiation to hostage negotiators and some of the largest law firms in the world. He is also a visiting lecturer at Imperial College, London.  In his words:

“Want to learn about Genghis Khan’s negotiating tactics (surprisingly win-win)? Want to read what evil dolphins have to do with bargaining? Want to know how Val Doonican’s mum can help you get a better deal?

‘Negotiation Mastery’ is a comprehensive guide to all the best negotiation techniques, drawing upon best practice in the field as well as cutting edge findings in the worlds of psychology, NLP, game theory, neuroscience, body language and decision theory. And it is highly readable, too, with stories of how Elvis learnt to shake his leg, a love affair with a crocodile, the discovery of Viagra and many others, all used to illustrate negotiation tactics and strategies.”

Congratulations to Simon for the excellent review coverage on this book! 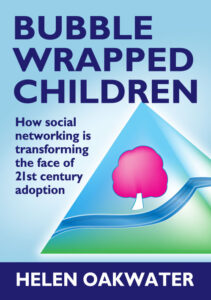 Helen was also a member of ‘The Completion Club’ and I’ve been delighted to witness the success of her book ‘Bubble Wrapped Children’ about how social networking is transforming the face of 21st century adoption:

Helen was  featured on Sky News talking about the impact of social networking on adopted children and their families.

Congratulations to all of these authors and I look forward to sharing more success stories from former clients in the future.  If you’re a former client who has recently published a book, do contact me and I’ll be sure to include you in the next update!