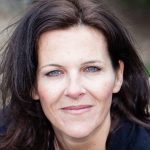 Lindsay Hawdon is a former Sunday Times and Telegraph travel columnist, a writer of fiction and an Associate Lecturer at Bath Spa University.  On leaving school, she spent three years travelling around Europe, Africa and India, hitching rides and sleeping under canvas.   She has since travelled to over eighty countries.  Her travel column “An Englishwoman Abroad”, began in the Sunday Telegraph in 2000 and ran for seven years.

Her articles for The Sunday Times, “Have Kids Will Travel” followed a year’s trip travelling solo with her two young boys around South East Asia. Their most recent trip, featured in a monthly column for the Independent called “The Rainbow Hunters”, took them around the world to find the origin of colour, raising money for the charity War Child as they travelled.

She has had numerous short stories published and in 2015 her first novel Jakob’s Colours, which was shortlisted for The Authors Club First Novel Award, was published by Hodder and Stoughton.  She is currently writing her second novel. Lindsay also works as an Associate Lecturer at Bath Spa University, runs a writer’s workshop now in its third year, and has a wide experience of editing and proofreading. 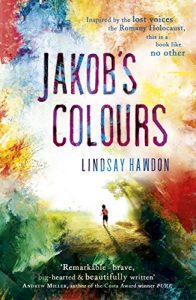