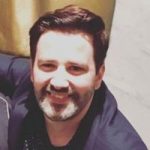 Alasdair Mackay is a screenwriter and director currently working in the film industry. He has written 15 feature film scripts as well as numerous award-winning short films and a TV series that will be launched internationally on Amazon Prime later this year.

In his first year in the industry he saw 7 short films produced and, by 2013, was starting to see his work screen at international film festivals including Cannes. His films have won awards from places as far a field as New York, New Delhi and Nottingham.

Alasdair is currently anticipating full financing for two of his feature projects, with at least one likely to go ahead this year. These will be 7-figure budget productions, but he has also written to order in the form of novel adaptation or concept development.

The series “NightwatchMan” is currently in the later stages of post production and will hit screens on Amazon Prime in the UK, USA, Germany and Japan in 2019.