Mary Fletcher, one of our clients, interviews Mark Leggatt, crime writer and consultant at The Writing Coach.

Within moments, the efficiency and analytical cunning of Mark Leggatt are obvious. His no-nonsense business approach to the submission process is illustrated by his punctual arrival to the video-call and the darkly lit room he dwells in. Here is a man with complete and utter focus.

He chuckles at his lighting. ‘It looks like I should be on a horror film. Woooooo!’ 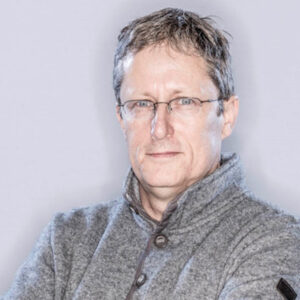 ‘Pick a protagonist and a murder weapon’

Well, not quite. In fact, for a man who has an impressive track record of helping writers secure agents and whipping manuscripts into shape, he’s easy with his laughter. His Scottish twang is rich with amusement as he shares funny anecdotes about his improv shows with fellow crime writers.

‘We’re known as 4 Blokes. What we do is go to theatres or pubs or clubs and do a one and a half-hour show where we do an improv crime story on stage. We say to the audience “Pick a protagonist and a murder weapon” then we’ve got to write a story on that. While one person is writing, the other three answer questions on publishing and writing, and all that. Once the first person has finished writing, they pass it to one of us and we’ve got to continue the story. It turns into a farce very quickly. I don’t know why, but every time we go, people always expect me to bring in a murderous nun.’

It’s Leggatt’s extensive knowledge of story structure and plot that helps make his guidance so useful—a wisdom that he’s happy to impart to his clients.

It doesn’t take long to learn of the incredible journey Leggatt has been on to get published. He’s had to overcome repeated knock backs to become the author of three published novels with two more on the way.

“When I was living outside Toulouse, I had 6 weeks off so I said “Right, lad, you’ve always said you could write a book—you have no excuse not to! You have six weeks of lazing around— get on with it.” I started. I had no idea where I was going, but I was going. From there, it took me about 4 or 5 years of working and writing, and rewriting, and editing, and studying to get to a level where I thought ‘this is a good book’.

The Journey to Publication

“I found an agent in New York and he took me on and tried to sell the book, but we couldn’t sell it. It was an international thriller and there were too many people trying them. The publisher was getting 32-35 agented submissions each week and so it just didn’t make the cut. Then, because he was a new agent and wasn’t making much money, he decided to take an editing job.

“I knew some friends in Edinburgh who introduced me to a small traditional publisher. They asked me to submit the book and liked my stuff. They decided to publish my work and it’s gone on from there.

“I later wrote a book I always wanted to write—a high fantasy novel, but my publisher in Scotland doesn’t publish that so I punted it out to see if I could get an agent for it. I sent it out to three agents and two wanted to see the full manuscript— “Ho ho,” I thought. “I nailed that one.” – but, you know, same story again. My agent (Jon Wood) loved the book but couldn’t sell it. People didn’t want to buy it. So, you know, try again. It’s in the middle of a rewrite. Once it’s done, he’s going to punt in again.”

So, would he say he knows more than most about perseverance?

‘It’s not the geniuses who win here, it’s the grafters. If you’ve got 10,000 words to write, they’re not going to write themselves—get your bum on the seat and get writing.’

It’s fair to say Mark has read his fair share of words. A freelance editor with an impressive client history, he has been in the writing business for a while so knows what agents are looking for. His experience in project management also helps his clients to look at their manuscripts with fresh eyes and put a plan in place.

“The best areas of experience I have are one: finding an agent and two: how do you attract an agent? At the moment I’m working on a submission review pack for a literacy consultancy. I’m writing a report to the author to say ‘this is how you adjust your book to attract an agent’. Every component of your submission package is really important—how you write an email, the first page of your manuscript, your synopsis—everything. An agent is your first reader and your agent will read your submission once; they will read it cold, and they’ll need to get it first time. Write something with impact that nails the genre and makes the agent go “that’s really good, I need to read the next page”. You’ve got to nail it—you’re not going to get a second chance.”

Mark’s direct way of speaking is rather refreshing. It’s done in a way that leaves no room for argument yet comes with such jolliness and passion that you wouldn’t want to. You can picture him rubbing his hands together as he pores over a manuscript, pulling out the gems from the misshapen rock.