Carolyn Kirby, a former Writing Coach client, reached the short-list of this year’s Bridport Prize award for a first novel. In this guest post, Carolyn writes about her experience of entering the competition. 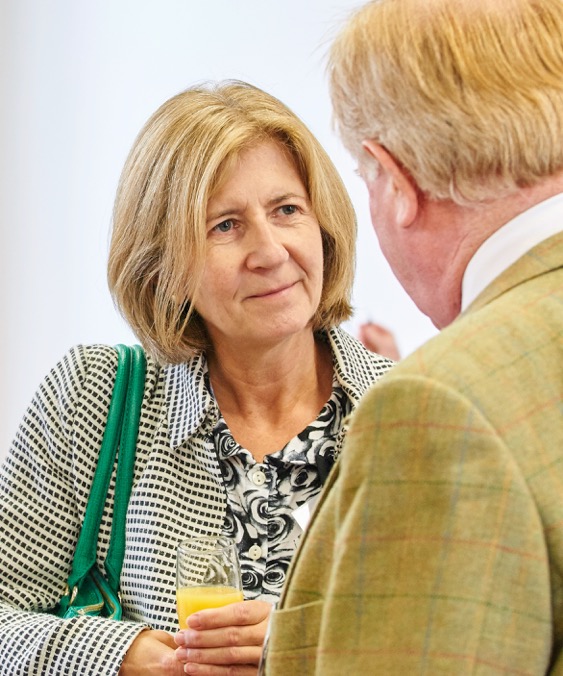 Carolyn at the prize-giving ceremony talking to Peter Chapman-Andrews about his mother’s life and work. Photograph by Graham Shackleton

A new category in the Bridport Prize

Like many new writers I’d heard of the Bridport Prize. It is well known around the world as a short story and poetry competition with over £16,000 in prize money which has been running since 1973. But I hadn’t realized until this year that the competition is also open to novels. In 2014 the Peggy-Chapman Andrews Award for unpublished first novels was added to the other categories in memory of the inspirational founder of this prestigious literary prize.

[tweet_dis]I had previously had some success with an early novel, Cloud Cover, a wartime love story that Jacqui had helped me to get started.[/tweet_dis] The book made it to several competition long-lists, including the Lucy Cavendish College Fiction Prize. But that was as far as it got. At the start of 2016, I had put the book away to work on a new idea for a Victorian-set thriller, Half Of You. This story follows a young woman’s search to uncover the dreadful secrets in her past through new ideas about nature versus nurture. I sensed that the opening to this novel was good, possibly better than Cloud Cover, but the work was at a very early stage, much too soon to submit it agents.

So I was excited to realise that the Peggy Chapman-Andrews offered a forum for novels in progress. Only 5000 words were needed to enter, so the competition could provide a wonderfully anonymous and impartial litmus test. I reasoned that if my entry was long-listed, I would have encouragement to keep writing. If it wasn’t, I could re-think of the story without having got too far. But either way, the prize would give me an incentive to write more chapters by July when the long-list was to be announced. At this point, 15,000 words would be required for the next round of judging. So I sent off the entry and got down to writing another 10,000 words. Just in case I was successful.

On 18th July, [tweet_dis]when I saw Half Of You on the long-list, it felt miraculous that my work had been plucked from such a vast sea of words.[/tweet_dis] There were 856 entries for the Peggy Chapman-Andrews award this year. Which added up to literally millions of words for the judges to consider and compare. I felt so grateful to the Bridport readers for the time they must have put in to this painstaking task.

So now I had to spend the summer preparing for the possibility that my entry would reach the short-list to be announced at the end of August. At this point 30,000 words would be required for the final stage of judging. The competition again gave me an excellent incentive to stay indoors at my laptop pressing on with the story.

I knew that in these latter stages of judging my fairly raw chapters would be subject to the intense scrutiny of professionals from top literary agency AM Heath, The Literary Consultancy and the Chair of judges, novelist and academic, Kerry Young. So, the day of the short-list announcement was, to say the least, tense. As I opened the e-mail from Kate Wilson, the Bridport’s lovely administrator, I was mainly focusing on keeping my heart rate within healthy limits. “Congratulations…” was all I needed to see. I instantly felt that I’d moved up to the next level in my writing journey. 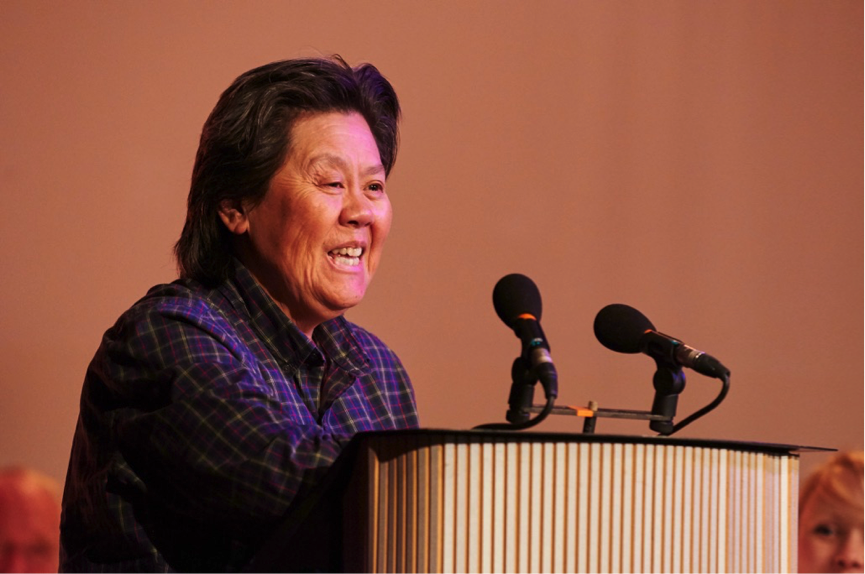 Although my book didn’t win the overall prize, I was overjoyed to be a winner. The prize-giving lunch in Bridport Arts Centre was a wonderful occasion that gave me gave the chance to meet so many friendly, inspiring people including Peter Chapman-Andrews, Peggy’s son. Peter told me about his mother’s community work in Bridport and her visionary idea to fund a new Arts Centre through a creative writing prize. The prize continues to provide funding for Bridport Arts Centre to this day.

I am still in the throes of a first draft of Half Of You, but reaching the Peggy Chapman-Andrews Award short-list has given me a level of faith in the story that spurs me on. And I have written thousands more words than I would have done without the competition.

The 2017 Bridport Prize launches on 15th November 2016 (to close on 31st May 2017) and is open to residents of the Republic of Ireland for the first time. Any new writer looking for a way to energise their writing in the coming year should start preparing an entry. You never know where it might take you!